FG, ASUU Reach Agreement on Demands. Academic Staff Union of Universities, ASUU has accepted some proposals put forward by the Federal Government in line with some of its demands. 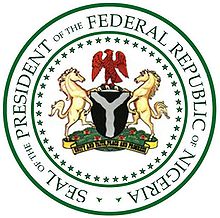 *We ‘ll take proposals to our members for consideration-Ogunyemi, ASUU boss

*Union may call off industrial action within 7 days

ABUJA-INDICATIONS of imminent end to the ongoing strike embarked by the Academic Staff Union of Universities, ASUU, emerged early today, as the union has accepted some proposals put forward by the Federal Government in line with some of its demands.

The government bowed to some of the union’s demands with appealing proposals which the union seemed satisfied with during a negotiation meeting between it and the ASUU, Friday, in Abuja.

One major concession from government was to honour the 2009 agreement government had with ASUU, by releasing the sum of N220 billion not later than October 2017, to fund the revitalization of federal universities across the country.

The meeting which started at 2:30pm on Thursday, ended about 2:15 Friday morning, after discussion on several issues on ASUU demands.

Government, after the marathon meeting between its representatives, led by ministers of education, Adamu Adamu and Labour and Employment, Chris Ngige and ASSU, led by its president, Biodun Ogunyemi, conceded to some demands made by the union.

But the proposals, according to ASUU President, Prof. Biodun Ogunyemi, will be taken to the National Executive Committee meeting of the union for consideration and subsequently return to government on the next step that would be taken.

ASUU President, Biodun Ogunyemi, who spoke after the Minister of Labour and Employment, addressed the media at the end of the meeting, admitted that the proposals made by government were concrete but said ASUU representatives at the meeting would take the offers made to members for consideration.

The deliberation and subsequent consideration of the proposals , he said, would be carried out within a week and the position of members taken to the government within seven days. Ogunyemi, who described the new government proposals as “concrete proposals”, at the joint press briefing the ASUU leadership held with the Government delegation, insisted that the proposals would be submitted to the NEC of his organization for consideration after which he said they would get back to the government on next line of action.

“We have had useful deliberations and we had some concrete proposals that we will take back to our members as part of our consultations.

And like the Honourable Minister of Labour has said, we plan to come back here to take decisions as advised by our members, “he said.

Minister of Labour and Productivity, Dr. Chris Ngige, who spoke first, said in line with the 2009 agreement government had with ASUU, it had pledged to release the sum of N220 billion not later than October 2017 to fund the revitalization of federal universities across the country.

He further stated that the government had began paying the earned allowances of ASUU members adding that the present administration had been holding meetings with ASUU on how to address the non-release of funds which ought to have commenced in 2014 under the immediate past administration.

Ngige also said the closed-door meeting discussed how to set up the National Universities Pension Commission.

“We also discussed the issue of university staff schools and treasury single account with a view to finding how the system could accommodate funds for research grants that need to be independent from the government.

We also discussed the issue of how the Federal Government could be involved in the running of state universities”, he said.

He said a seven-man committee would be set up to work towards implementation of the proposals that had been endorsed by both sides.

According to him, most of ASUU’s demands that were discussed during the meeting emanated from the 2009 agreement and the 2013 Memorandum of understanding the university teachers had with the federal government, saying it was important that solutions were found to these pending problems since government, he noted, was a continuum.

The meeting which was convened by Ngige also had in attendance Minister of Education, Malam Adamu Adamu, Presidential Adviser on National Assembly Matters Senator Ita Enang, and the Permanent Secretary of the Ministry of Labour, Mr. Bolaji Adebiyi. Full speech presented by Ngige reads thus:”We have concluded negotiations, the government and the leadership of Academic Staff Union of Universities, ASUU.

“The ASUU negotiating team and the government discusses salient issues and most of those issues are well-known to the media but for the purposes of clarity,I can go around the grounds again.

So we are to really address those issues,we inherited them but there are issues concerning the welfare of our people. “So,on the issue of funding for the revitalization of public universities, this negotiating team discussed in detail and extensively on that.

This is the fund that would be needed for the revitalization of public universities in terms of their working tools and other things needed for effective performance of their duties. “There was an agreement from the MoU of 2009 and that of 2013, for government to be making some quarterly payments into this fund.And from 2014 to date, it has not been possible for government to pay or they didn’t pay.But this government has been negotiating with ASUU since last year.

“Today, there’s is a government proposal which we all agreed that it can be workable.But ASUU has to take back this our proposal to their organs,so we decided that there’s an agreement for government to make some funds available in September and October to show that they are not repudiating their agreement and to also show sign of good faith.

“However, because of inability of government to pay the required amount which is at N220 billion, a seven-man committee was proposed and ASUU leadership is expected to send in three nominees into this committee.

It’s a technical committee so to say,a working committee and they would send in the three-man nomination,the Minister of Education will appoint three persons to represent the federal government and the chairman, making four to bring the number to seven.

“ASUU will also send in their proposal for testing terms of reference for the committee to the minister.We expect that that will be done today since today is already a Friday.

“This committee is expected to work out the ways and means for the government and ASUU to actualize the aspirations as per the 2013 MoU.

This is without prejudice to the Babalakin committee on the re-negotiation of the 2009 MoU between the Federal Government and ASUU. “On the issue of Earn Academic Allowances, we have listened and payment has started in that direction.Same with staff schools.

“Government is though not appealing, we have agreed that the decision should be conveyed to the various universities. “Issue of NUPENCO was addressed and ways have been fashioned out for the registration of that company.

“Salary shortfalls for lecturers and university staff were also addressed and government has shown their commitment and evidence that payments have started in order to liquidate the outstanding allowances.

“The issue of TSA exemption was also discussed and an agreement or proposal was muted by which the Central Bank would a special account for that in order for endowment funds and research grants will be exempted.

“State universities which has been the concern for ASUU and everybody who has been looking for quality education in the country was also discussed and the Minister of Education was mandated to take the memo to the council of state and the Federal Executive Council.

“Based on these discussions, ASUU leadership will consult with its organs and revert back to government within one week.They will consult with their organs with a view to calling off the strike.And we expect them that within one week, they will get back to government. “hese are the highlights of the meeting and I can tell you that the meeting took place in very cordial atmosphere.”

Ogunyemi spoke very brief:”We have had useful deliberations and we had some concrete proposals that we will take back to our members as part of our consultations. And like the Honourable Minister of Labour has said, we plan to come back here to take decisions as advised by our members.”

« JAMB UTME: 15 Universities You Can Easily Secure Admission In 2017
PTDF List of Successful Candidates for The 2017 OSS MSc Exam is Out »