Joint Admission and Matriculation Board, JAMB New Step-By-Step Admission Process Into Tertiary Institutions(steps 8, 16 and 18 that require their Actions and Decisions). 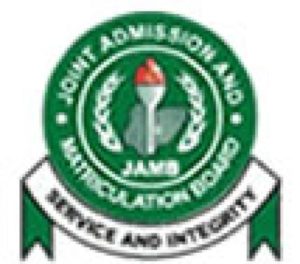 The Joint Admission and Matriculation Board (JAMB) has provided the Step-by-Step Process Flow of the Admission Exercise for the education and information of general public and the stakeholders, particularly the Candidates.

(Candidates should note, in particular, steps 8, 16 and 18 that require their Actions and Decisions)

The jamb admission process flow is as stated below;

1. After successful completion of the Unified Tertiary Matriculation Examination (UTME) and
release of results, lists of Candidates were forwarded to their First Choice Institutions

2. JAMB thereafter requested all Institutions to use the Lists to determine their respective Cut off
Marks and forward same to JAMB ahead of the Policy Meeting and programme (course).

3. JAMB received and collated Individual Institution and programme (course)Cut Off Marks as
determined by their respective Senate / Academic Board

5. Policy Meeting was held with Heads of Tertiary Institution and Regulators to determine, among
others, the General Cut Off Marks for categories of institutions, based on earlier submissions of
individual Cut Off marks by the Institutions.

At the meeting, which was held in Abuja on Tuesday, 22 August, 2017, the institutions decided that the lowest submissions from Institutions would also be Minimum Cut off Marks and these were 120 (for Universities) and 100 (Polytechnics, Monotechnics and Colleges of Education). It was further agreed that the Cut Off Marks as determined by each Institution’s Senate / Academic Board and submitted would be maintained and applicable for Admission to the Institution.

6. Based on requests at the Policy Meeting, JAMB requires each Institution to reconfirm its Cut Off Marks and Sets the Cut Off Mark and other Institution specific parameters such as other Admissions Criteria (e.g. Post UTME Screening) and carrying capacity on CAPS.This is on going.

7. Institutions download (from CAPS) details of Candidates that meet the Institution’s and programme’s Cut Off Mark and had selected them as First Choice Institutions. JAMB additionally provides softcopy of the same information on CDs to Institutions

10. Results of Post UTME where applicable are uploaded to CAPS to obtain aggregate scores for the candidates

12. The Admissions Desk Officer of the Institution reviews the List of the Suggested Candidates and makes the decision as to which candidates to select for further processing.

14. The JAMB (Admission Officer) reviews the Recommended Candidates to confirm they are from those initially sent to the Institution; met the Admissions Criteria as advertised in the brochure and as set on CAPS by the Institution, including upload of and confirm that no qualified candidate has been unjustly denied Admission.

READ THIS:  How To Know If You Are Among Candidates Scheduled To Re-sit JAMB 2016

No candidate will be considered without the upload of his/her O’Level and/or A’ Level results.

17. Candidate Accepts / Rejects Admission on the JAMB Portal or through USSD or Short Service Code within 72hours.

20. If Candidate Rejects Admission, s/he becomes available in the Market Place for further possible consideration for Admissions

Market Place Operations
The Market Place feature in CAPS provides flexibility for the Institutions to source for candidates who may not have earlier chosen the institution for Admission consideration. Institutions may specify various selection parameters such as UTME score, State/ Local Government, Gender, preferred programmes /course of the Candidates.

The Candidates could also approach the Market Place to announce availability for Admission consideration from any institution or for any programme different from those earlier indicated during the UTME Registration, provided s/he has requisite O’ Level Results and wrote the required subject combination in the UTME.

Any agreement or understanding on Admission consideration between the Institution and candidate based on Market Place operations will have to be effected with a requirement for the Candidate to effect a Change of Institution on the JAMB Portal to be available for Download (Step 6 above) by the new Institution to follow the subsequent steps in the Admission Process.

It should be noted that:

The existing window for candidates to change Institution or Programme in addition to the Market
Place is still available through the e-Facility.
Institutions can download (Step 6 of the Admission Process) list of additional candidates who
have changed to the institutions since the last download
Admissions of candidates can be processed instantly or in batches by Institutions