The Joint Admissions and Matriculation Board (JAMB) has revealed the list of top performing candidates in the 2020 Unified Tertiary Matriculation Examination (UTME). jamb highest score 2020: JAMB has officially released the top 10 best candidates for 2020. The highest jamb score for 2020 is 365. See details below.

According to the 2020 policy meeting document published by the Joint Admissions and Matriculation Board (JAMB), the thirteen UTME candidates that earned the top 10 in the 2020 Unified Tertiary Matriculation Examination (UTME) scored between 352 and 365.

The best candidate who scored 365, was identified as Maduafokwa Egoagwuagwu Agnes, from Anambra State.

They were followed by a candidate from Edo State with 359 while two candidates from Ekiti made the list on the fourth and fifth positions, scoring 358 and 356 respectively.

Another two candidates from Delta also scored 359 and 352 respectively.

Other states that appeared on the list are Ekiti, Ondo, Akwa Ibom, Kwara, Oyo, and Ogun states.

These 10 Candidates Scored Highest in the 2020 JAMB UTME

The names of the candidates and scores obtained are shown below; 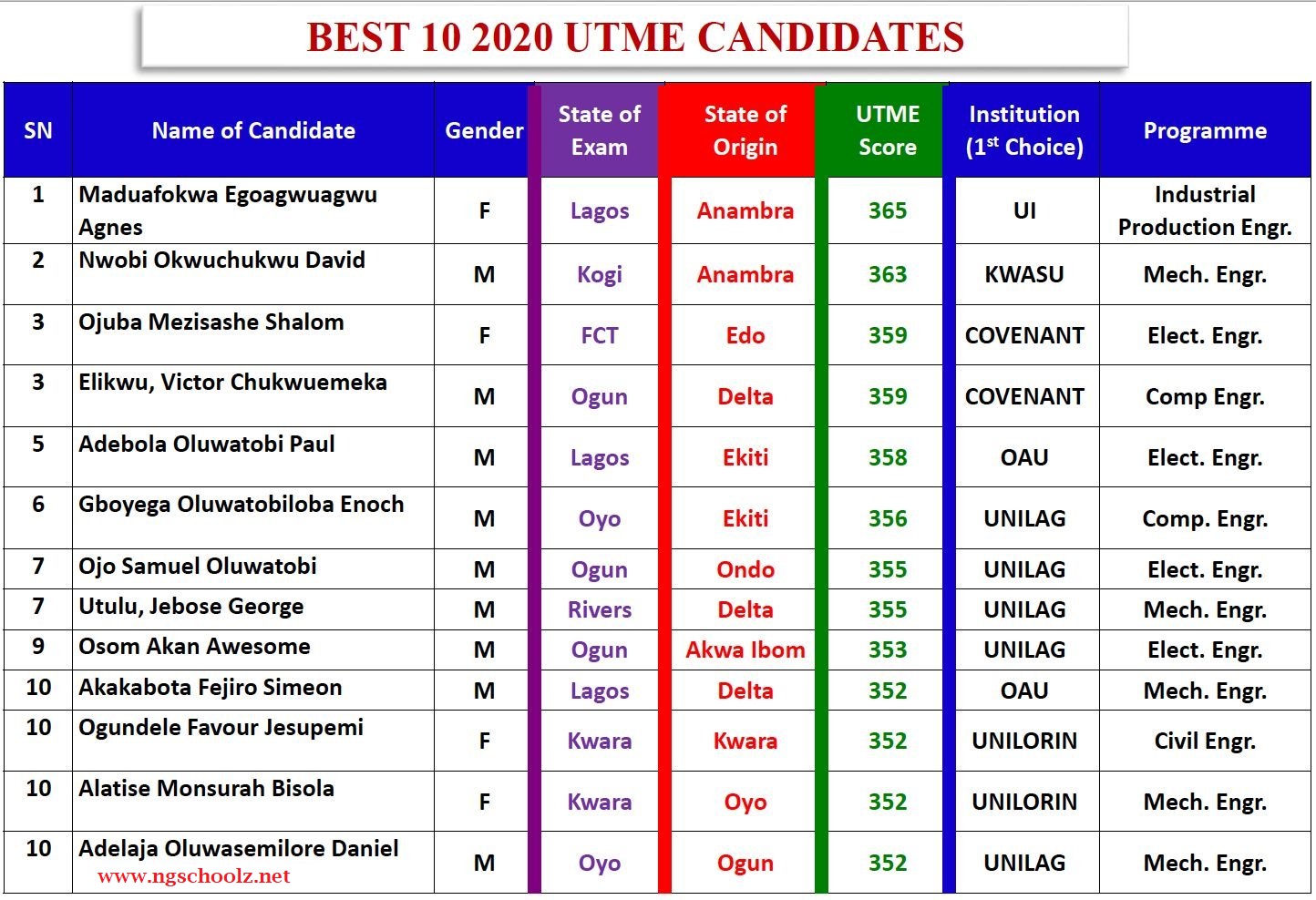